I am saddened to learn of the passing of Michigan’s longstanding senior statesman, Carl Levin, and my sincerest condolences go out to his family and loved ones. 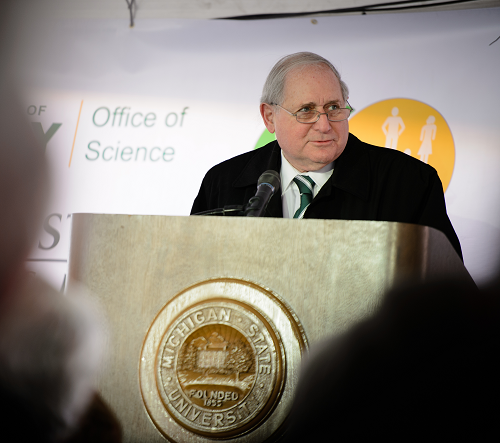 Sen. Levin’s work on behalf of the people of Michigan and his tireless efforts to position the state as a place of opportunity and discovery were second to none. That dedication was highlighted when Sen. Levin led the delegation championing the Facility for Rare Isotope Beams from the very first days when it was merely a concept to bringing the FRIB home to MSU in 2008 and breaking ground in 2014.

It is his dedication to our great state and his commitment to MSU that earned Sen. Levin an honorary degree in the fall of 2004. His legacy will live on through the people and places he has touched, and he will forever be a Spartan in our hearts.