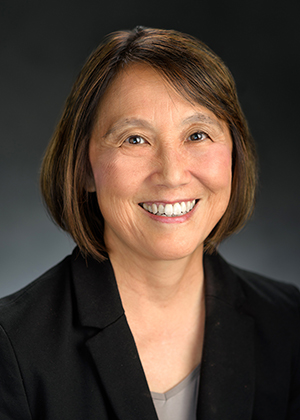 Ellen Li, M.D., Ph.D., is a professor of medicine and of microbiology and molecular genetics at Stony Brook University in New York.

The gastroenterologist and medical researcher was born in the neighborhood of Hyde Park on the south side of Chicago. Shortly after World War II, her parents emigrated from Shanghai to study at the University of Chicago, intending to return to China. After the Chinese revolution in 1949, they made the difficult decision to stay in the United States. Despite limited means but with enormous self-sacrifice, her parents supported Dr. Li’s undergraduate education at Stanford University, where she earned her Bachelor of Science degree in chemistry.

She earned her M.D. and Ph.D. degrees in 1980 from the Washington University in St. Louis Medical Scientist Training Program, partially funded by the Olin fellowship program. She undertook her residency training in internal medicine in Boston at the Massachusetts General Hospital, where she met her husband, Samuel L. Stanley Jr.

Drs. Li and Stanley returned to St. Louis to complete their subspecialty training in gastroenterology and infectious diseases, respectively. They both subsequently joined the faculty and rose through the ranks at Washington University in St. Louis.

Dr. Li was a founding member and past president of the Academic Women’s Network at Washington University. She was a Lucille B. Markey Scholar and a Burroughs Wellcome Fund toxicology scholar. She also was elected to the American Society for Clinical Investigators and the Association of American Physicians.

Prior to leaving Washington University to join her husband at Stony Brook University, she was the director of the NIH-sponsored Silvio Conte Digestive Diseases Research Core Center and was the driving force in developing the biobanking core within this center.

Dr. Li’s major research interest focuses on defining the role of the gut microbiome in digestive diseases, particularly inflammatory bowel diseases, colon cancer and functional GI disorders (e.g., irritable bowel syndrome). At Stony Brook, she launched an interdepartmental Digestive Diseases Biobanking Core to provide an infrastructure that encourages collaborations between clinicians and basic scientists in conducting clinical translational research. She is the author of 77 peer-reviewed articles and several chapters in the "Textbook of Gastroenterology." Dr. Li participates in the training of medical students, residents and fellows at the Stony Brook University School of Medicine.

She is extremely grateful for the mentoring she has received throughout her education and career and is very much interested in mentoring the next generation. Dr. Li is especially interested in improving undergraduate premedical education, particularly for students coming from disadvantaged backgrounds. She has tutored students in general chemistry and organic chemistry and has mentored several undergraduates as well as high school students in conducting independent research projects in her laboratory.